There can only be one: a story of a girl, destiny and the creation of a legend

New Zealand’s own Niki Caro took it upon herself to write and direct a coming-of-age motion picture about a Maori girl who is destined to be the chief of her tribe although she is discriminated and ignored in the process by the current male chief – her grandfather. Looking at the main theme alone, many would possibly discard „The Whale Rider” as just another cliché in a long line of enjoyable and inspiring but nonetheless „girl power” movies such as the ones featuring Sandra Bullock or Reese Witherspoon and serving exclusively as two hour-long Monday night entertainment. However, Niki Caro has succeeded in creating an unexpected and refreshing movie about (and not „for”) a twelve-year-old girl.

„The Whale Rider” features a young and inexperienced actress, Keisha Castle-Hughes, who makes her acting debut as Paikea Apirana. It is beyond doubt that the sensational rendering of a child torn between the loss of her mother and twin brother, the abandonment on the part of her father and the constant disapproval and discrimination from her grandfather, has launched Castle-Hughes on the international scene and provided recognition and success as she went on to being nominated for the Academy Award for the best actress in 2002.

Filmed in the actual village of Whangara, New Zealand, the world of „The Whale Rider „introduces us to the life of Pai and her journey towards become the first female leader of the Whangara tribe, thus changing the very fabric of its tradition. The obstacles that Pai encounters on that journey originate from gender discrimination, and we see Pai’s constant attempts to overcome her „disadvantages” and convince Koro that she is not only equal to the males in the tribe, but also fit to be their leader. Scenes such as when Pai’s grandmother is enjoying a cigarette in the company of her friends, and Pai warns her about the bad influences of smoking, or when Pai defeats Hemi in the „taiaha” fight, give us insight into this little girl’s leadership potential. Through scenes such as the above we witness the feminine side of Pai slowly being erased as she immerses herself into the world of men. Not only has Pai’s character been forced to quickly transition from childhood to adulthood, but it seems she has never really had the stereotypical female childhood either. Paikea is a girl surrounded by male friends; she does not show interest in the same things as typical modern (Western) twelve year-old girls, such as toys, make-up, fashion and/or boys. She is mostly spending her days learning how to fight with traditional weapons and dance the traditional Haka.

Although the movie promotes strong bonds with tradition, it nevertheless reveals various influences that Western civilization has on the indigenous Maori tribes of New Zealand. On the one hand, we see ambassadors of tradition in Koro and Paikea; however, on the other hand, there is Pai’s father, her uncle and even the younger generations of the Maori who do not feel the need to uphold tradition in the form that it has been passed down from generation to generation. „The Whale Rider” manages to successfully combine themes of childhood, identity, family and tradition into a movie that is interesting and refreshing. 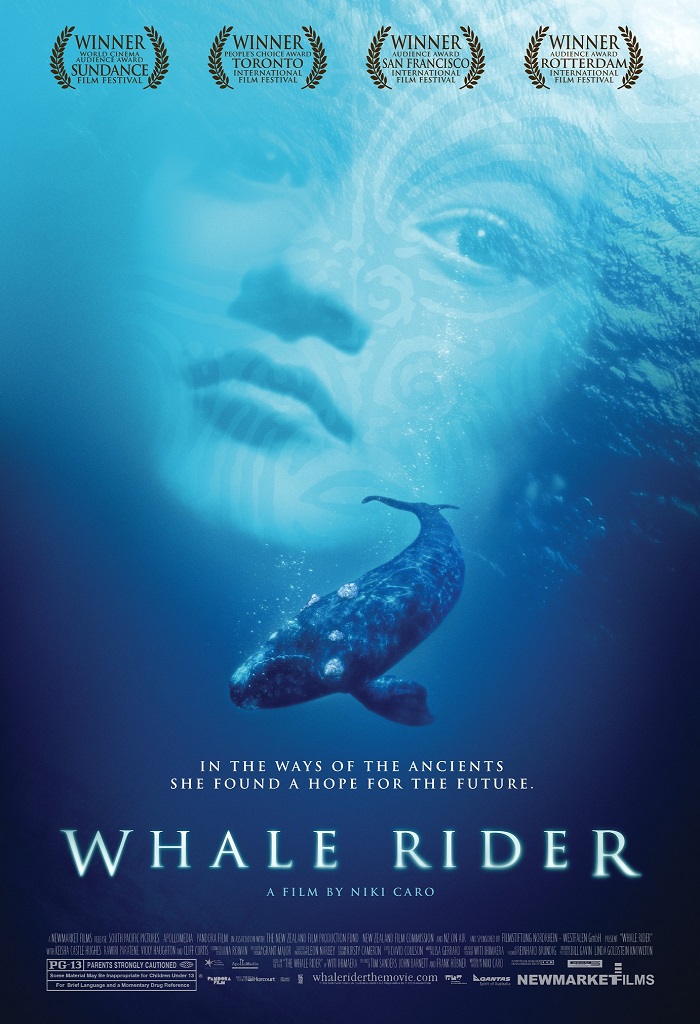